6th edition of the Claretian Festival 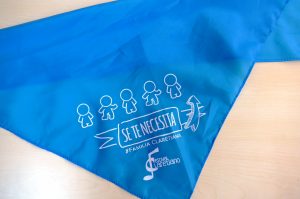 The weekend of 21 and 22 April 2018 took place the 6th edition of the Festival Claretian (FECLA). An event organized by the Claretian family for teenagers from our schools and parishes. Among participants, volunteers and collaborators we gather around 200 people.

The FECLA returned to the headquarters that gave origin in the year 2003: Gijón (Asturias). Since then, it has been celebrating in Zamora, Oviedo, Madrid and Zaragoza. From a few months before, a commission formed by Claretians, Claretian and Laity Claretians prepared the event in coordination with local pastoral leaders, motivating the younger ones to compose an original song around the Claretian Mission, with The motto “You’re needed.” And the previous days, with a group of volunteers of the place, they were finalizing the details so that everything was prepared.

On Saturday mid-morning the participating groups were welcomed in the school: Gijón, Madrid-Claret, Madrid-Ferraz, Pola de Viana and Segovia. Each group had a rehearsal time on the stage behind closed doors. Then there was a space to eat. At the beginning of the afternoon there was the first common moment in the auditorium: the reception and presentation of the event, with an initial prayer. There already began to sound strongly the “anthem of the FECLA”, which ended up being learned by all present. And then varied groups were formed in their origin, which after a presentation of the people, went to the old quarter of the city (Cimadevilla) to make a game of tests related to the family Claretian.

Again at the school, after dinner, took place the “festival of the song Claretian”, central event of the whole meeting. Guided all the festival by two good presenters, it began with the “visit” of Father Claret and the mother Paris, incarnated by two of the adults present duly dressed, who greeted all the present and answered some questions. Then he performed a trio with musical experience, which at the time had participated in the parish Choir in Gijón, encouraging the youngest to enjoy the music by making it a means to celebrate the faith. Each group then projected a video with a presentation of their pastoral center and the people who formed it, and then sang their song to everyone present. The titles of the five songs were: “Leaving footprint of You”, “Our World”, “More is more”, “Slowly Claretian” and “in our way”. When the jury withdrew to deliberate, the members of the Claretian family present (missionary, missionary and secular) went on stage and a member of each group offered a small testimony: Alberto Abelenda CMF, Esperanza Aguado RMI and Miguel Gallego SC. 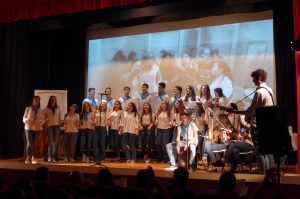 After the evening and breakfast, the morning prayer and a new meeting of the small groups took place. In addition to reflecting on what was learned in the game of the previous day, each group prepared a question to ask Alberto CMF, Esperanza RMI and Miguel SC, giving rise to an interesting moment of dialogue between the Claretian family and the younger ones. Then, the trophy delivery took place (the most important prize, one for each group) as well as special mentions (to the best presentation, staging, music and lyrics).

The last act of the FECLA 2018 was the Eucharist of Dispatch, celebrated together with the parish community of the heart of Mary of Gijón. The youngest and their companions helped in the animation of the different moments: admonitions, readings and petitions. There was an offering on the part of each participating group, and it was possible to hear a touch of bagpipes, typical of this region. The chorus, formed by many of the instrumentalists of the various groups, accompanied very well the whole celebration.

“You are needed” is the message that each one of us has been able to take: Christ counts with each one and in the church we all have a mission.

To thank all the interest and the participation in this event of family Claretian, that has brought to the younger ones the life Claretian and our mission evangelizing. 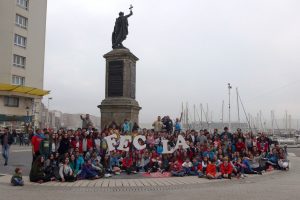