Meeting of the coordinating team of the Claretian Family

By Tino
26 November, 2018
From the 23rd until the 25th, the coordination team of the Claretian Family (FC) met in the General Curia of the RMI (Claretian Missionaries), in Rome – Italy.
After the initial prayer, Yolanta Kafka, Superior General of the RMI, Claretian Missionaries, welcomed the team and gave them some very appropriate and challenging initial words.
Throughout the weekend, the team has worked on the common charismatic features of the Claretian Family (from a previous work requested to each branch of the CF). There has been a dialogue about how to continue involving all the family members in mutual knowledge and in the meeting so that it becomes more and more affective and effective. On Saturday afternoon, the team lived fraternally with the participants in the World Youth and Vocation Pastoral Meeting of the CF.
The deep gratitude to the host community and the joy of all were a constant. The meeting ended with the official photo and a big hug “until the next” 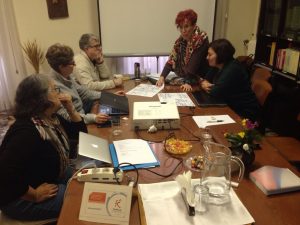 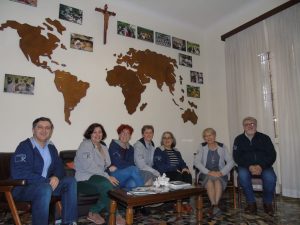