The reflections on the 14 stations of the cross used during the Youth Way of the Cross in Panama on Friday, 25 January 2019, were based on the different realities of the youth and the Church: the poor, vocations, ecumenism, indigenous peoples, ecology, refugees and migrants, hope, violence against women, human rights, corruption, motherhood, terrorism, abortion.

During the address of Pope Francis, addressing God the Father, he said that Jesus’ way of the cross continues today. Jesus’ suffering continues and is reflected in the faces of so many suffering people in the world today: the unborn babies, underprivileged children, mistreated women, unemployed youth, abandoned elderly, ignored indigenous peoples, all who are exploited, silenced, abused, rejected, discarded, trafficked, deprived of both future and present life. He said that the way of the cross of God’s Son “is prolonged in a society that has lost the ability to weep and to be moved by suffering.”

Pope Francis encouraged everyone to look at Mary, a woman of strength. “From her, let us learn how to stand beneath the cross, with determination and courage,” he said. “It is in Mary that we learn to say ‘Yes’ – to those who have refused to remain silent in the face of a culture of mistreatment and abuse; Yes, to the stubborn endurance of those who are ready to start again in situations where everything appears to be lost.” “From Mary,” he continued, “we learn to stand beneath the Cross with hearts that feel tenderness and devotion, that show mercy and treat others with respect, sensitivity and understanding.” Then Francis continued with his prayer for all.

“Lord, teach us to stand, at the foot of the cross, at the foot of every cross. Open our eyes and hearts this night, and rescue us from paralysis and uncertainty, from fear and desperation. Teach us to say: Here I stand, alongside your Son, alongside Mary and all those beloved disciples who desire to welcome your Kingdom into their heart.” 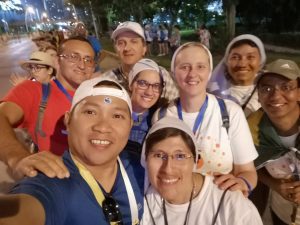 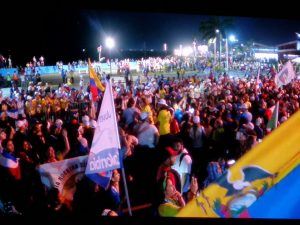 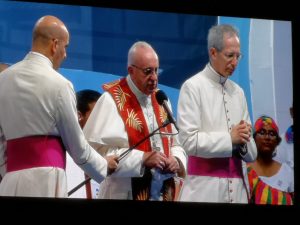 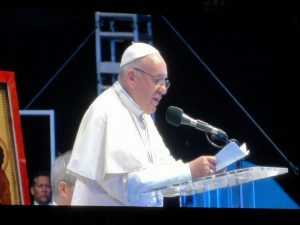 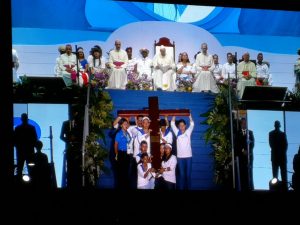 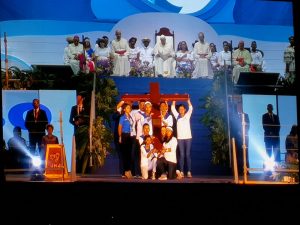 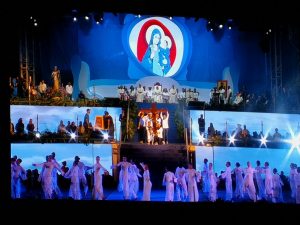 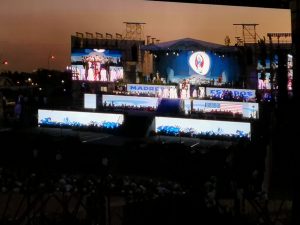 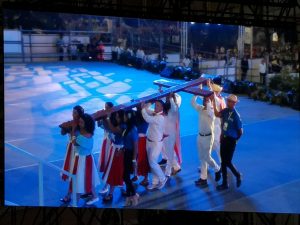 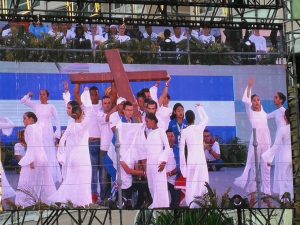